Buzz and I have recently been sharing our love of these lines of vehicles, so on Matt's recommendation, I thought I'd throw up an appreciation thread. The vehicles of Star Wars have always been one of the main attractions for me, and in the late 90s there were a number of different - yet equally awesome - lines of miniature Star Wars vehicles being produced. Sadly, in the last decade or so these lines have disappeared. The Micro Machines line didn't make it past Episode I, the Action Fleet line went out of production after Episode II, and the Titanium Series is now limited to sporadic releases of multi-pack re-issues.

For me, the Action Fleet line was the ultimate in Star Wars collectibles. It gave us incredibly well detailed and articulated minifigures at a scale that allowed for the release of some fantastic vehicles, mounts, and playsets. The first Star Wars collectible I ever bought was an Action Fleet Darth Vader's TIE Fighter. I recently managed to complete my collection of all of the Action Fleet vehicles released in New Zealand. Now, I'm looking to fill the gaps in my Micro Machines collection.

Here are a few photos from my main display cabinet which, as you can see, is heavily populated with vehicles from these lines. 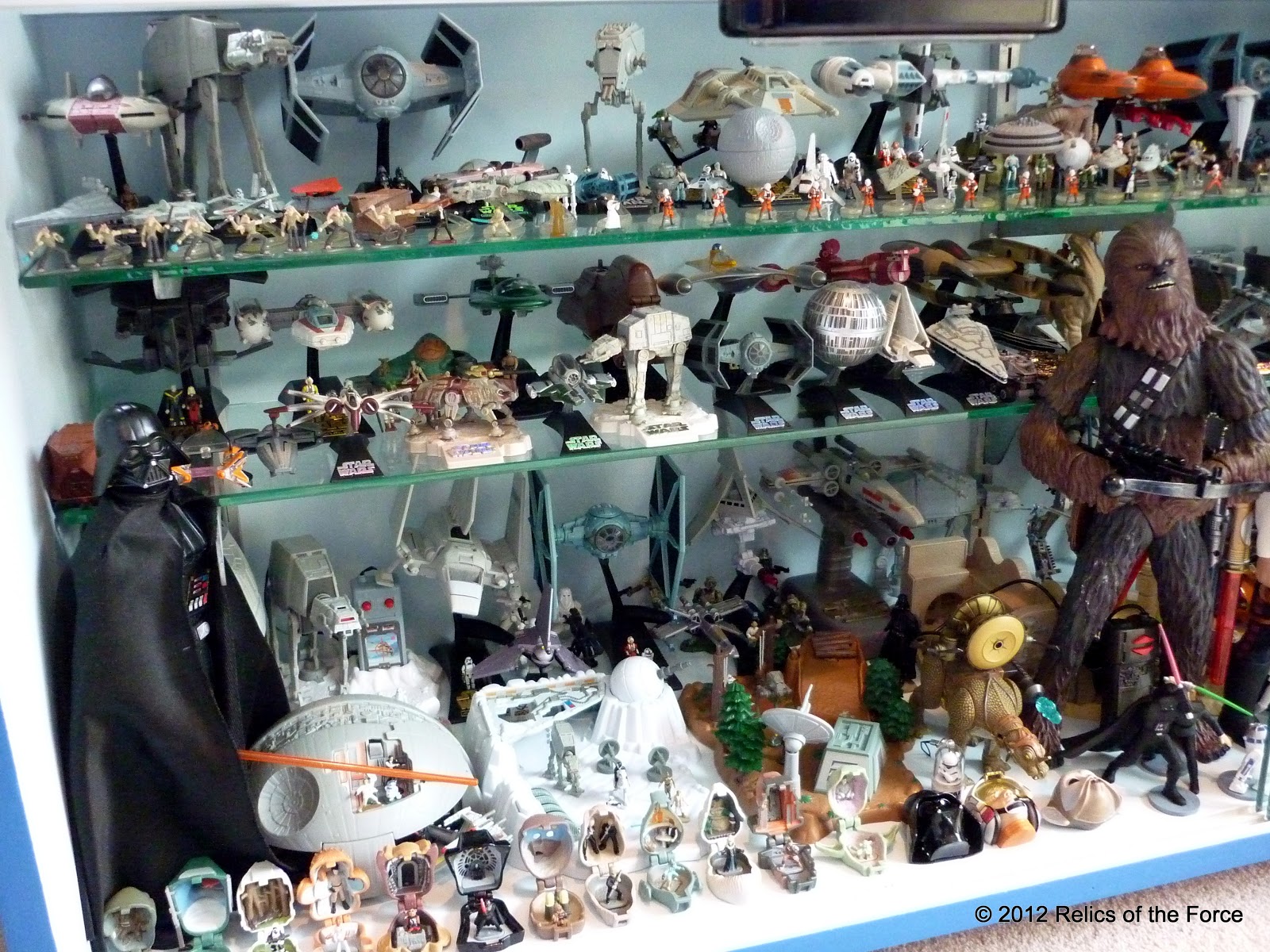 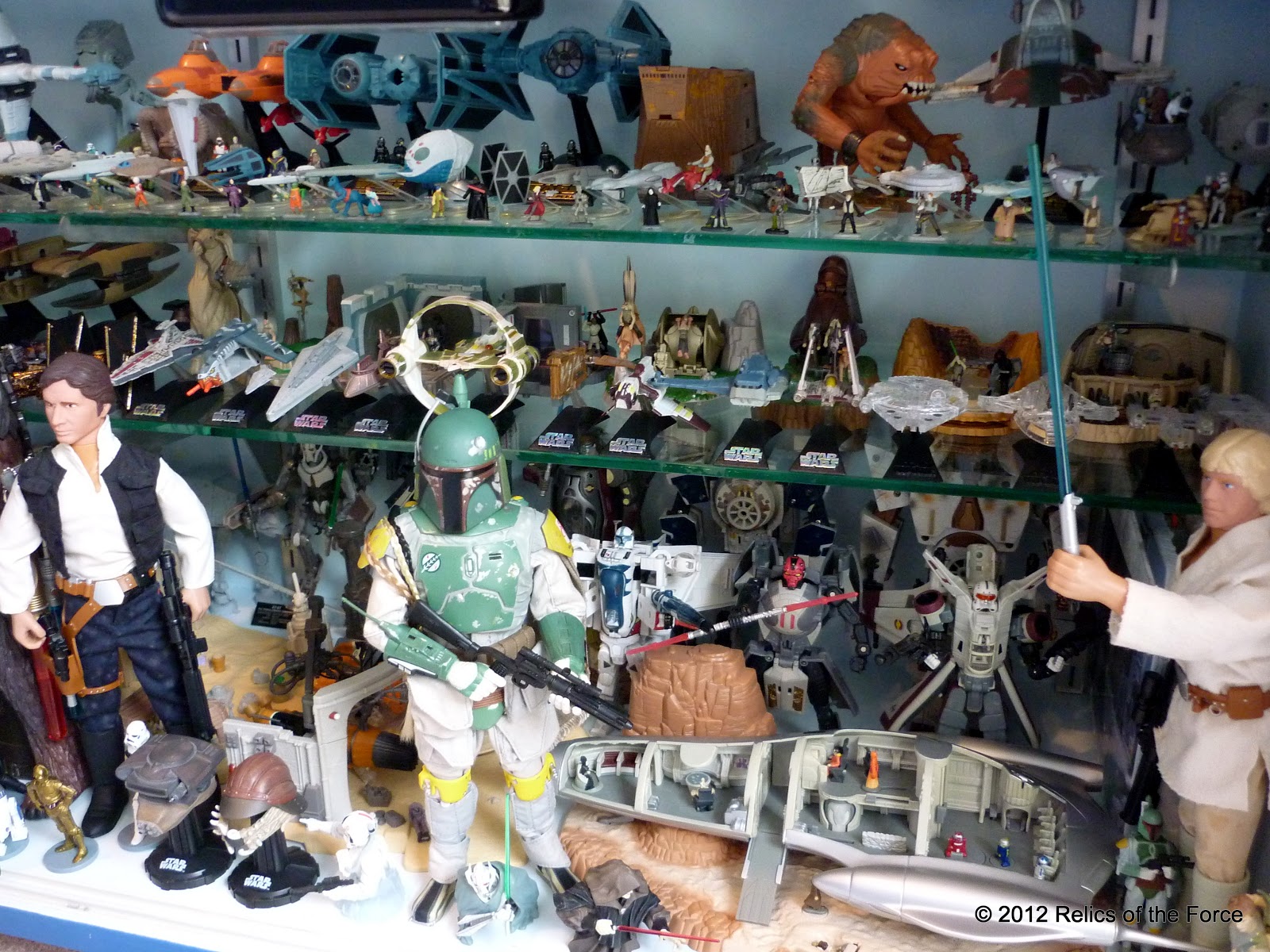 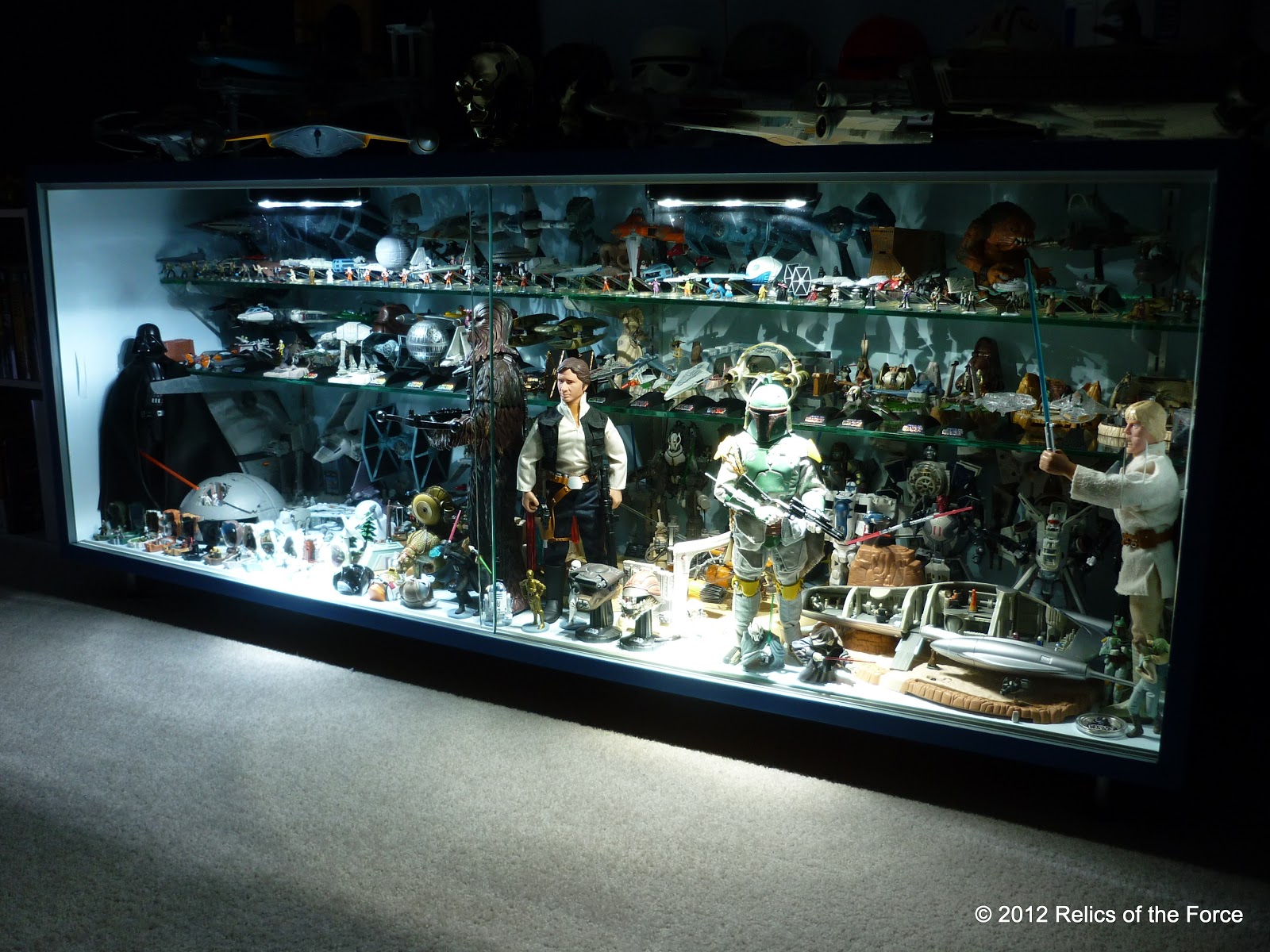 I've loved the MicroMachines line since they came out, and have a fairly complete collection ...apart from the uber-rare Epic Collections, in the "book" display boxes, numbered IV to VI - http://www.m2museum.com/StarWars/StarWa ... ctions.htm, and one or two of the HTF Episode 1 vehicles. I'd love to have a scimitar bomber, Hapes Nova battle cruiser, etc. I loved the fact that they did all that old EU stuff, including their small Shadows of the Empire range.

I thought the original MM 3-packs were all fantastic...great range, awesome detail for their size, and reasonable pricing. I eventually picked up a lot of the figure packs as well.
Matt G
My Trade/Want List

#12375  by Reverend Strone
Thu Oct 24, 2013 7:19 pm
Great thread! Thanks for starting it. Arc, your display is very impressive! And Matt, I remember seeing your MM displays when I was over there one time. They were so delightfully inventive and yet simple that I have taken note and am doing something similar with my own. My Star Wars ships are still waiting for a unit to be built for them, but the Trek MMs and similar sized vessels are almost ready to move into their new shadow box display, which is mounted on our wall but not quite finished yet. I'll post pictures when it's ready.

Like you guys, my collection of MMs is/was fairly complete, barring those few super rare and over-priced epic sets, but I can live without them. In my collection the goal is to have one of each major class of ship represented at approximately MM size. There have been a few lines since the MMs, including Titaniums, Wizards of the Coast Starship Battles, Fantasy Flight Games X-Wing Game and (for Star Trek) Heroclix Tactics and Attack Wing. I've picked up ships from each of these lines selectively where their size is a close enough match, where they either improve upon a given mini or if they offer a new ship I don't have. As a result, my collection is a bit eclectic, but it also frees me of the dreaded completitionist disease from which I once suffered. I bought some more ships for the Trek portion of the fleet just last night, as it happens, from the newest Tactics set, which released yesterday.

Reverend Strone wrote:...but it also frees me of the dreaded completitionist disease from which I once suffered.

They really ought to set up a support group for that sort of thing. I'd be in.

(It is a legitimate American website for those who really do have compulsive hoading problems.)

#12612  by Dawfydd
Tue Nov 19, 2013 12:48 pm
I love the action fleet series i try to grab anything i see on trademe, as at the time of release i was too poor.
I had always liked the smaller action fleet ships because scale in the 4inch figures is poor anyway having a larger and less pricey collection of smaller ships always seemed like the better choice.
My photos always come out horrid, as the best camera option i have is a 3ds and a poor camera man, my brother. ^_^
Though here is my list of action fleet;
3x A-wing
3x At-At (2 remote controlled versions one cable cut the other still with its controller attached yay! lol)
2x X-wing (one's landing gear is very loose so it has to be hanger'd as i hate glue/bluetact)
2x Tie Interceptor
2x Nabbo fighters (not really a fan just free/cheap with other buys)
2x Tie Advanced(x2) Vaders Tie Advanced, One is battle damaged.. ugh, and the other is from the flight controller series which made the scale too large. (also ugh!)
And a Single B-wing, Tie Bomber,"Acclamator I-class assault ship" and a Metal version of slave one roughly action fleet size but very heavy. (and a rancor, mini bantha/sand person from some set)
Also A Star Destroyer/Falcon/Tie Defender Titanium series.

I'd love to get a Tie Defender and E-wing from the action fleet series but they are really rare and/or costly lol
I would also like a y-wing mostly so i had all the rebel fighters, same goes for the Tie fighter original though
I had hoped that when i saw many on trade me i might be able to grab a full squadron of x-wings/Ties to hang somewhere but since i last brought action fleet almost 3-4 months ago i haven't seen many since.

I don't know why they ever stopped this series it was a great alternative to the cheap and nasty they are planning on making.
and I'd give a kidney to see a star destroyer to scale with action fleet (and own it)
WTB
Cw44 Ashoka.
"Arc troopers 4pack", Rex phase 2 with knees.
Rys & Jek (in 2 packs)
Scythe(dvd)
Stealth trooper(w/jetpack)
CW56-ARF,Homing Spiderdroid (vehicle),At-Rt(s)
Action fleet Tie and Tie/In and x-wing(s)

#12616  by Archon Revuge
Wed Nov 20, 2013 2:07 am
Hey Dawfydd, always great to meet another Action Fleet fan. You've got a great collection going on there. I keep a fairly close eye on TradeMe for any Action Fleet auctions, so I'll be sure to let you know if I see any Y-Wings or TIE Fighters for sale.

Are there any other sets you're after? I'm pretty sure I have a Jabba the Hutt Battle Pack and a Rancor I'll be looking to sell in December.

#12617  by Dawfydd
Wed Nov 20, 2013 2:35 am
I'm mostly just looking for ships i don't have or more fighters (not a-wing unless its super cheap lol) but thanks, I am also very short on space at the moment with 4 inch figures taking any spare display space i even have on a kitchen table in my room for battle droid army vs clone army+jedi (Cause i love the clone wars figure range!)